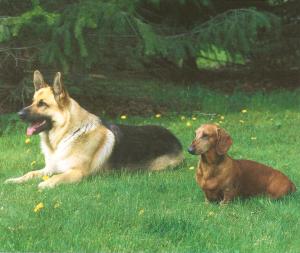 At the breakfast table this morning, Ana said to me with a very sad expression on her face, “BC got dead, Mommy.” We sat the girls down on Monday and explained to them what happened, not sugar coating it or telling them about “doggy heaven,” which we don’t see in Scripture. I’m not sure what happens to our pets when they pass on, so I told the girls only what I knew for certain. BC hurt herself beyond recovery, she was suffering, and the doctor helped her to pass on. Emma didn’t understand, but Ana (or so we thought) understood, said, “Poor BeeCees,” handed me a tissue (aww), and moved on.

Or so I thought. Ana is still mulling it over, apparently. And doesn’t understand as well as we had thought.

“She got dead at the doctor. But we can go see her today!”

I tried explaining that BC wasn’t there anymore, that she was gone forever, all to a very confused Ana, who after a moment said very simply, “BC is never coming back home.” I told her that she was right.

She thought about this for a second, then picked up my dachshund calendar, which I had been writing in when this conversation started. It’s one of those calendars that has a picture for every week, usually of adorable dachshund puppies. (Which totally makes me sad now, but seeing as how I’m not even halfway through the calendar, I’m just going to have to suck it up and deal with it.) Ana found a very bizarre picture of a red dachshund with a graying nose (just like BC’s nose was starting to gray), sitting next to a full grown German Shepherd with coloring just like Charlie’s. This is the only picture out of the calendar’s fifty-two pictures of a dachshund with another breed. I had found it a couple of weeks ago, shown the girls, and told them that one day, this is what BC and Charlie would look like together. (You know, once they got past their current stage which included a lot of nipping and wrestling but no sitting still.)

This morning, after our conversation, Ana pointed to the picture and said in her most authoritative voice, “BC’s in this heaven.”

And while I have no idea what happens to our sweet pets once they pass on and truly doubt that heaven for BC would include Charlie (seriously, y’all) instead of large bowls of ice cream…

2 thoughts on “In This Heaven…”