Wow. It’s been a while. Granted, I’ve been posting daily, but since it’s been all about Walt Disney World (and how we miss it!), I haven’t said anything about all that’s happening here. And there’s been a lot happening!

First of all, there’s the car. 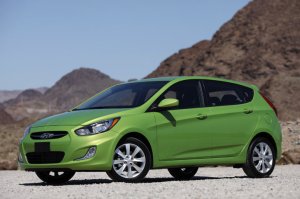 If you know us, you know that we treat debt like the plague. If we can’t pay for it outright, we just do without it. Until now, this has worked for us. Sure, it hasn’t always been easy, but we’ve made it work. After we sold the Saturn (because it wouldn’t pass inspection in Texas), we once again became a one car family, just like we were our first two years in Oklahoma. We rationalized that we’d been fine because Wes still had his motorcycle, which he would surely be able to drive around in Houston, just like he had in Duncan. I mean, how could our small town in Oklahoma where everything is within three miles of everything else be any different than the fourth largest city in the US? And the weather? We were betting it would be fantastic, with hardly any rain at all!

You can already see the flaws in our thinking, can’t you?

It has rained as many days as it hasn’t here, and the traffic is definitely not friendly to such a small motorcycle. So, we made a plan to continue saving and to wait for our tax return, then possibly sell the motorcycle and buy a car. It was a good plan…

…until one rainy day two weeks ago when Ana’s school called me to tell me that she was sick with a 101 degree fever. I was on one side of Houston, and Wes was on the other. By the time I was able to get over to Ana’s school, she was really out of it, but instead of having the freedom to take her straight home where the Tylenol was waiting for her, I had to go back over to the church with both girls and wait until the end of Wes’s work day because we were his ride. It wasn’t the first time I’ve tried to take care of a sick girl in his office, and the stress of anticipating even more of these days led us to a conclusion.

And he did. And it was God’s provision that he found a buyer who paid twice what he had been quoted everywhere else, that we were able to find exactly what we were looking for when we got to the car dealership, and that we were even able to get it for less than what we went in saying we were willing to pay. We still hate debt, but we know this is just one of those seasons where we’re going to have it. And that’s okay. I’d rather break Dave Ramsey’s heart than my poor, sick child who just needs someone to come pick her up from school already. (Oh, and ours is green like that. I call it the Kermit car.)

On the topic of Ana getting sick, we found a pediatrician a couple of weeks ago while this was all happening. We had some recommendations from friends that we followed up on, but none of those doctors could squeeze us in any time soon. So, we went down a list of potential pediatricians covered by our insurance and booked an appointment with a doctor a mile down the road from our house. Awesome! Just so you can really appreciate how awesome this is, our pediatrician in Oklahoma was a forty minute drive from our house. That’s quite a mileage difference, you know?

The doctor completely exceeded our expectations and was wonderful with a very grouchy Ana. I don’t know how we’ve managed to find such great doctors (and through such haphazard, calling-everyone-on-this-list measures that we take), but we’re so thankful. He diagnosed a double ear infection and sent Ana for blood work since her fever had come and gone for two weeks. Still waiting to hear about the results, but after just a few days of antibiotics, Ana was an entirely new girl. I guess you can afford to be more cheerful when you don’t feel like garbage, huh?

Having Ana back in school has really helped things along at Ye Olde Elephant Academy, since having her in the house with us was counterproductive. Ana can’t stand to see Emma struggle to answer any questions, and Emma is more than happy to let Ana answer for her. So, you can see the problem. Now that Emma is by herself again, we’ve been hitting the books hard. I think her writing has improved a lot in these few weeks, but I’m not sure if she’s any better with letter or number recognition. We keep going over it, though, along with lots of coloring, cutting, and pasting. We’re giving a big thumbs up to the Kumon system, which is helping a very clueless me know what to do next!

Our cluelessness (is that a word?) has extended far and wide in the past week, as we’ve finished up (we hope!) switching everything from Oklahoma to Texas. I was spoiled by shorter lines in Duncan, because when I went to Pasadena’s courthouse to get our car’s registration taken care of, I was shocked to see a line OUT THE DOOR. In the rain, y’all! I took my place in line, and as I saw other people being sent away for improper documentation, wrong forms, etc, I started silently praying that God would send me to the right person behind the right desk, giving him/her a greater amount of grace and compassion for us. Once I got to the front of the line, I was called over to a woman who went over my documents, told me how much it would cost, and began making small talk as we waited for it all to process. When she heard that we’re originally from Texas, she went and got a supervisor. Uh-oh. Was there a form for returning Texans that I missed?! I waited with an impending sense of doom as the supervisor left, and the woman behind the desk began asking me about our church. When she was done, she told me what we owed, and the cost of the registration had decreased by half. I think it had something to do with us being returning residents? I’m not really sure, but I took it as the blessing it was! We were able to get our licenses taken care at the DPS that afternoon, and now… we’re done with all of that. I think. There is still probably something I’m forgetting. Hmm.

In the midst of all this, our sweet Charlie turned two. Aww! Yes, we remember his birthday, and, no, we’re not ashamed of that. As he’s matured and calmed down so much these past few months, we’ve transitioned him from sleeping in his crate at night to just letting him sleep wherever he wants to at night. Judging by the confused way he acted the first few nights, I think this was more freedom than he knew how to handle. He’s eased into it, though, and now, he stays on the stairs, halfway between the girls’ rooms and our room. That way, he’s keeping eyes and ears on all of us throughout the night. This has made for a very tired Charlie during the day, as you can imagine. I was concerned at first by how sluggish he was acting, but when we took him to meet his new vet, he got a clean bill of health. I guess it’s all just part of him growing up.