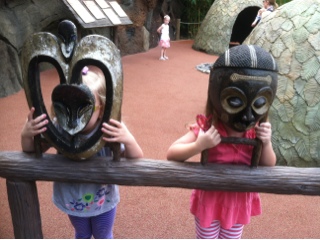 So, is it already April? What, you say? Almost HALFWAY THROUGH April?! What?!

I’m as shocked as you are, honestly. The days are going by much too quickly right now, and this blog? Hasn’t seen such slim days in quite a while. If I were to blog most days here, I think I would feel like I’m just saying more of the same because we’ve managed to find a pattern here. Sorta. If “busy all the time” is a pattern, that is. Anyway, with that said, I thought it was probably time for a long overdue update.

First up, we have a contract on the house in Duncan. Again. I’ve said this twice before, so I’m hesitant to say it again, but… I think it’s actually going to sell this time. We (kinda, sorta) know the buyers in that way that all the ministry families in Duncan (kinda, sorta) know each other. We know enough to know that they’re living for Jesus, so if they do us wrong in this process, I’m losing all faith in humanity. Oh, I kid. (Kinda, sorta.) They said up front that they’re buying the house as is, and we gave them a fair price for as is, so I’m hoping that everything from here on out goes smoothly. If it does, we’ll be closing in early May, which means that the next check I write to the good folks at our mortgage company will be THE LAST CHECK I WRITE THEM. Until we take out another loan for a home here in Pasadena. Win, win for them either way, I guess. If we do indeed close in May, Wes and I will be traveling up that way one last time to sign everything over and say our goodbyes to a place that we honestly loved a lot. I’m planning on packing our running clothes and making Wes run one more time through Stagestand with me, since we spent more time on those roads this past year than we actually spent in our house. Ahh, memories!

I’ve found recently that the girls have their own memories of Oklahoma and that they often get confused with life here. The transition is probably more confusing for them than I thought it would be, as evidenced by Ana’s constant mix-ups. Just the other day, she asked me, “Is the Swimmin’ Center here in Pasadena?” Once I figured out that she was talking about the Simmons Center (where you can indeed swim), I told her that it was back in Duncan. This caused quite a bit of confusion, and I thought we had it all straightened out until she asked, on another day, “We need to go see our dentist. You know, the one with the big sticker rolls.” I tried to explain that that dentist is back in Oklahoma, and Ana concluded, “Well, okay. Let’s go there.” Sigh. We’re still probably going to be explaining this move to her three years from now, y’all. If she wasn’t in school, I would try to convince Wes to take them along on the fourteen hour journey to close on the house since she could use the perspective change. But, you know, that probably wouldn’t make a difference, and she’d be even MORE confused once it all was said and done. Eh.

Speaking of confused, we’ve started the process for both Ana and Emma to start the dual language program in school next year. We went to an informational meeting about the program, and honestly? I can’t see any negative points to it, apart from the initial challenges of the girls being thrown into such intensive Spanish immersion. We were told that at this age, the kids pick it up more quickly than we would expect and that by third grade, they’ll be able to speak, read, and write Spanish fluently. There’s no guarantee that both or even either one of them will get into the program, but we’re hoping. The program starts in kindergarten, so Emma would get in right from the beginning, but Ana would come into a first grade class without any of the benefit of having had half days in Spanish in kindergarten. I don’t know that we could have even gotten her in this year because we moved mid-year, but we’re hoping that she can get in now before the class gets too far ahead of her. As it is, they’ve said that it would be really hard for her at first. We’re going to do what we can on this side of things (we’ve already ordered a whole bunch of Spanish cartoon DVDs and immersion program DVDs) and checking ourselves to make sure that we’re doing this for HER benefit and not because we, mono-lingual folks that we are, think it’s cool. I can’t find many selfish reasons or motivations for wanting my daughters to be bilingual, especially if we’re planting our lives here in Pasadena. (For the record, Ana already thinks she knows Spanish… but it’s actually just a handful of Chinese words that she knows. Thank you, Ni Hao Kai-lan, for muddying up the waters for us.)

I guess this is just more of the same, though, because it seems like with every parenting decision, there’s room for a million doubts and lots of second-guessing. We were reminded just recently of the huge challenge of raising young ladies to actually BE young ladies later on in life. And though I tell myself right now that those lessons about boys, purity, and relationships are so far away, I have to remember that the foundations that are pre-cursors to those lessons — self-worth, confidence, and being secure in Christ — are being laid right now. What a terrifying thought! If I’m too busy running around like a chicken with my head cut off (which, truthfully, I have been) to really be still and hear what Ana and Emma are saying about things that I don’t think actually matter (and frankly, a lot of the things they talk incessantly about really don’t!), then I’m communicating something far more profound to them about their own worth and value than I intend to. So, I’m challenged to take the time to really listen when Ana gives me her treatise on why dogs shouldn’t eat Hershey’s kisses (seriously) because I want her to remember later on down the road that she’s worth listening to. There are so many teachable moments right now with them, and I’m ashamed to tell you that those moments where I miss the boat are the ones that they soak up the most with their sponge-like intensity. So thankful that their hearts are in the Lord’s hands and that I’m not without help on this parenting road!

This parenting road has recently included a lot of exploration with the girls, in and around Houston. I’ve said this before, but it’s worth repeating — Pasadena is NOT the Houston I know. People assume that I know where I’m going when I go somewhere, and then, they act all surprised when I don’t know where in hee-haw I’ve ended up. When the girls were spring break-ing in Alvarado, I took Wes down to Galveston, and I kid you not, we drove twenty miles nearly to the end of the island before I figured out that we were heading AWAY from the city. For real. My explanation to Wes was, “Well, the last time I was in Galveston was, like, thirteen years ago. And it was, like, 3AM. And I was, like, twenty.” (Which all adds up to, like, me not knowing squat about anything.) I took the girls to the zoo today, and for the first time, I decided to leave the GPS at home. One wrong turn, and I somehow ended up in the ghetto. Which I actually DID recognize because that’s where UH is located. Seriously, we found my old dorm! (Ana was so encouraging from the backseat, yelling to me that, “This shortcut you’re taking is great, Mommy!” Isn’t it, though?) Apart from a very limited number of locations in the greater Houston area, I’m as clueless as… well, as Wes. Who is actually better off than I am because he keeps the GPS with him at all times. Hmm.

We’re adjusting, though. And as we adjust to living in a very different place, we continue to adjust to our new church home which really, honestly, FEELS like home. We’re not sure why this church picked the Faulk family, but we’re so glad that they did. We feel very blessed to be here, and we’re so excited about what God has planned.

For those who are wondering, I’m on day 24 of the Lazy Faulk Challenge. (I took one day off last week — so sue me.) This little challenge, which has been great motivation for me, will wrap up just in time for us to start our marathon training schedule. I’m looking forward to being on a schedule again! I’ve been trying a new type of running shoes since mine are no longer made, and they’ve nearly crippled me in the process. I have no idea where my foot strikes first (front, middle, back, who knows?), and this seems to be critical to know when you’re buying a minimalist shoe, which is what I run in. All that said, I’m clueless when I shop for running shoes, and what feels good in the store can feel horrific after just a short while of pounding the pavement. This last pair has been proof of that, and just as I was losing all hope that I could ever run more than three miles without my feet organizing an all-out protest on the rest of my body, Wes valiantly located THE SHOE THAT THEY NO LONGER MAKE.

Ooooohhhh, aaaaahhhhh… These, my friends, are the Adidas Marathon 10s. I ran the marathon in the white, pink, and blue version, but this pink, gray, and orange pair got me through most of my training. I love them, and I can’t wait until a brand new pair of them are on my feet! It’s very sad that new shoes are motivation to get out and run, but these shoes are like the chocolate Cliff Gel Shots…

… they’re worth running countless miles. I’m pretty sure all that was getting me through the last few miles of the marathon were the chocolate shots and Journey’s “Don’t Stop Believin,” which is like the unofficial theme song for RunDisney. (For real, y’all. Crazy runners, singing that song at the top of their lungs at the most random moments. Makes me want to break out my air guitar!)

And with that, you’re probably tired of reading. Thanks for following along this far :), and have a great week!