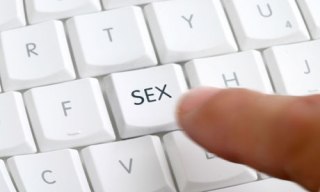 You probably don’t know this, but there’s a weird, weird world out there full of people who write chick lit.  And thanks to the miracle of online technology, there are so many ways for us to connect and network with one another from wherever we are — both in our locations and in our respective places in this journey to publishing.

As I’ve been networking and marketing my own work, I’ve been eager to do likewise for others out there who are where I am — just getting started, doing debut novels, and trying to reach a larger audience for our work.  In doing so, I happened upon another writer who does work that’s similar to mine.  The storyline for the book she was releasing was one that I identified with immediately, and I began to anticipate when her book would be available, figuring it would be a great read.  I was ready to promote it as such and even went as far as to like her author page on Facebook… then went back and un-liked it, feeling an unexplainable unease about it.  Maybe I would wait and actually READ the book before I gave it a thumbs up, right?

Well, I’m glad I refrained.  Because the book has released now.  Before I could buy it, I got a message about an excerpt from her book being posted on another blog.  (Again, these chick lit people are connected, y’all!  Networking everywhere!)  Thinking I’d get a preview before I bought it, I went over and read the excerpt.

I’m not naive.  I’m not a prude.  I’m not even opposed to tastefully and respectfully done “love scenes” in books — when it’s called for and when it’s appropriate.  Hey, chick lit by definition should include at least a little romance, and even chick lit from a conservative Christian viewpoint can’t get away from the reality of sex because… well, that’s reality. (And I would argue that Christian chick lit should “show” it in its correct, God-ordained, and God blessed context because it’s good.  Nothing wrong with it at all, y’all.)

But this?  Was NOT chick lit.

All this said, I was so disappointed.  Because here was a young writer (well, “young” as in my age) promoting her work as “chick lit” with a really sweet, emotional story… and there was smutty sex all over it!  And not just gratuitous but vulgar, with terms and descriptions and language that went well beyond tasteful, honestly.  Or even necessary, because that excerpt, if anything, detracted from the great story she was attempting to tell.  A story that I could have really cared about and enjoyed but now can’t bring myself to read because of where she takes it.

I kept thinking to myself… why?  Why this?  Why take something that had potential and turn it into trash?

Because trash sells.  I know it does.  And I really hate to say this, but I think most of us can’t bring ourselves to only shop the Christian markets out there when it comes to fiction because a lot of the time, the writing in those books just isn’t up to the same standards technically as secular market books.  (Or, if you’re like me, the shallow theology in some of these books just makes your inner theologian cringe.  Sure, your book doesn’t have to be on the level of a doctoral dissertation, but even flighty chick lit like I write should show at least some depth of understanding about matters of faith.)  And I’m not saying that for Chrsitian books across the board, because God bless them, there are some GREAT Christian novelists out there.  But there just aren’t as many of them as there are in the secular market.  And more and more, I’m finding it difficult to find ANY book in the secular market that doesn’t have just a little bit of trash in it.  Chick lit, y’all.  Chick lit!!! WHY?!

I hope this isn’t an indication of our intelligence as a society.  Or our morality.  But I think it is.  And it makes me so sad.  I literally feel heavy hearted knowing that this young writer out there, so much like me in so many ways, felt at some level as though the only way to really make a go of this writing thing was to include the trash.  Because there’s a great story that got lost there in the process.

May this serve as a reminder to me, to not compromise anything in what I’m doing, simply because it sells or would appeal to a larger audience.