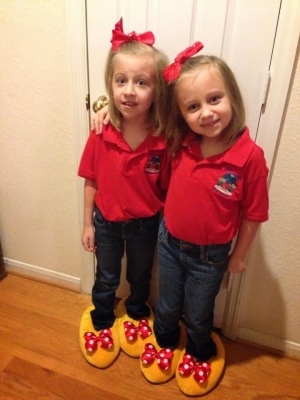 Ana was upset the other night over… well, I can’t even remember now.  (Ana gets upset quite often.  So much so that eventually?  All the different occasions just run together in my mind.)  As she was loudly lamenting whatever it was she was all messed up over, Emma sighed and said, “Ana is exasperated.”

“Where did you hear that word?”

“Regarding what?,” I asked.

“I’m not sure,” Em said.  “She just said, EXASPERATED!  Then, she and the other teachers started whispering.”

This made me grin.  “Were they exasperated about something that they didn’t want all of you students to know about?”

“Perhaps,” I said, “they were exasperated BY the students.”

Em thought about this for a second, then said, “Perhaps.”

Just in case you didn’t know… I love that girl!  Even as she’s exasperating teachers and sisters alike.