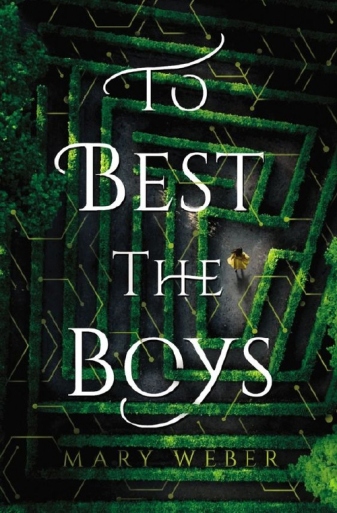 And now for something totally different!

Every now and then, I get a book recommendation (usually from BookBub) for something completely out of my usual genre, and I go over and read the description with great skepticism, doubting that I’ll get past the first few pages. That was the case with this one, which was recommended by BookBub and which I found easily enough through my library’s online system. I wasn’t sure if I would get into it at all, but after just a few pages, I was all in with the story and had to finish it.

To Best the Boys is set in a fantasy world which feels at times like a Victorian era… Europe? America? It was all very vague, which certainly worked, as the addition of ghouls, monsters, and fog that could kill (!!!) was worked into the early chapters. The story centers on Rhen, a teenage scientist in the making, who, alongside her father, is searching for a cure for the disease that is killing her mother. There’s an urgency to the story from the first page, and when the annual competition in town, which involves a maze full of trickery and magic and is traditionally open to teenage boys, is announced, the pace only picks up. Rhen knows that the prize for winning is a scholarship to a prestigious university, a place where she can do better research and find a cure more quickly, and with that as her motivation, she disguises herself as a boy and… well, you know where this is going.

This read like a young adult story with strong themes of bravery, friendship, and (what else?) girl power. There was romance, plenty of villains, and all kinds of fantasy elements, leaving the story feeling like modern characters were dropped into a fairy tale. It reminded me of Caraval, and like Caraval, it ended with the assumption of a sequel. Which I’ll definitely be reading.

Pick this one up if you like something different! 🙂