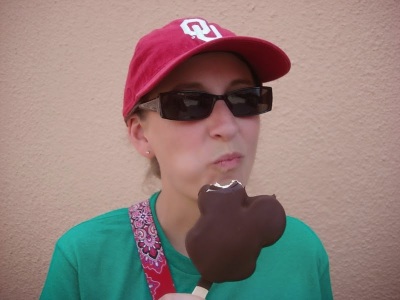 Three years ago this week, our family was at Walt Disney World.

We had no idea that we had booked our vacation at the same time as the WDW Princess Half Marathon weekend.  Quickly enough, though, we figured out that there was a reason the parks were full of women wearing medals and “I Did It” shirts.  I wasn’t even sure at the time how many miles constituted a half marathon, but I rightly assumed that it was more than just a few.  I remember thinking that any half marathon, even a princess-themed one, sounded like a beating.

We weren’t even home a week when Wes came down with strep throat.  When he went to get it diagnosed, his doctor was alarmed by his blood pressure and told him that if he didn’t improve it on his own, he’d have to go on medication.  So Wes put on his first pair of running shoes, and because I love him, I put mine on, too.

Well, you know how that all turned out, don’t you?  We ran a full marathon nine months later, and we’ve been running ever since.  Wes really doesn’t consider half marathons worth running anymore if there’s a full marathon he can run instead, so he has completely ignored my insistence these past three years that I NEED to get back to WDW and run that princess race.

Knowing that I would get nowhere with him regarding this… I went to his mother instead.  Yes, that’s right.  Last spring, I talked my mother-in-law into just thinking about training for a half marathon, telling her that if we did this thing, we were going to do it right and get a WDW vacation out of it.  And because she loves the Mouse like I love the Mouse (maybe more), she started training.  And she declared that she could do it!

So this weekend, we’ll be running the WDW Princess Half Marathon.  Eeeeee!!!

I write this as a public service announcement to those of you who will be in Pasadena this weekend and might see my children with their hair a mess, their clothes unmatched, and the remnants of unhealthy food choices still around their tiny little lips.  That’s right.  Wes is on his own with the girls this weekend, although he’ll get some help on Sunday morning from my father-in-law.  That’s right.  His help will probably be NO help when it comes to the hair and clothes, but maybe with the ratio being two against two they can manage to get the girls to eat at least SOME healthy food, right?  (Not holding my breath, y’all.)

Can’t wait to post a picture next week with our princess medals!  Eeeee!!!