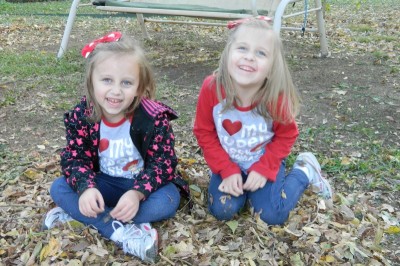 Just some Faulkette funnies for you…

Ana to me, “When a girl marries a boy, she gets to take his last name. She’s doing him a favor, so he has to share, you know. Kinda like you did Papi a favor when you married him.” Oh, she speaks the truth, y’all.

Wes to Ana, after we had explained how God takes genes from both a mother and a father when He’s making a baby, “So, how are you so beautiful?” Ana to Wes, “Because of Mommy. And God.” Cut Papi completely out of the equation! (Which is ironic since she looks like him. But whatever.)

After Ana named the stars and moon by their Spanish names, Emma to Ana, “You know, the moon and the stars don’t speak Spanish, Ana.” They don’t speak at all, actually.

Ana, when she was told that she was about to eat a Middle Eastern meal like Jesus likely ate, “Is it bread and mac-n-cheese?” Because Jesus probably loved some mac-n-cheese.

Ana to me, when I asked her what would make her feel better when she was upset, “Maybe if I don’t have to see Emma for a whole day. I need a rest!” Well, Emma IS exhausting sometimes…