December 26, 2013
On Christmas Eve night, I asked the girls if I could take a picture with them.  Because Wes was already at the church, it would be one we’d have to take ourselves.  But the girls were game and ready to make a perfect picture.
After just one silly picture.  That would be it.  Ana promised. And that would have been enough, and we probably could have gotten a great picture after that, but Emma?  Yeah, wiggly Em was NOT in that one.  So she joined the party.  And mayhem erupted. 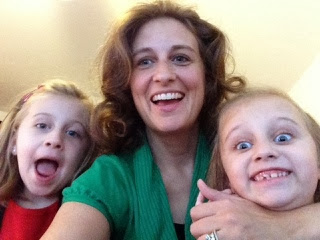 Seriously, I have about ten pictures that look just like this one.  Ana with her crazy eyes, Emma with her crazy mouth… until I said, “Can we just have ONE nice picture?!” 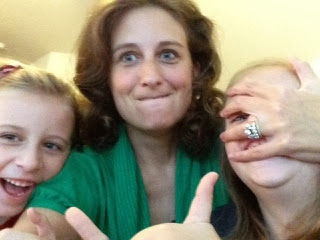 No.  No, we could not.  (And I don’t know whose thumbs those are.  But this may be the best shot of Ana’s face that we got all night.)
We tried again. 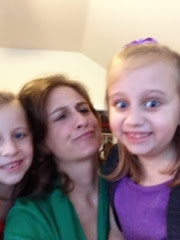 No good!  On and on, pictures worse than the ones before, until I was out of energy and ideas.  I was about to give up, until I put on my best Mommy Guilt Voice and said, “I don’t ask for much.  I haven’t asked for anything this Christmas.  Just ONE nice picture.  That’s all.”
And so… they gave in.
﻿ 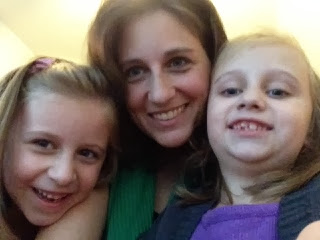 So when you say, “What a nice picture of you and the girls!,” know that it took a whole lot of bad pictures, patience, and parental guilt to get there.
Worth it!
﻿